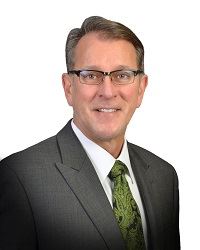 Born to Betty and Ronald E. (Sonny) Spradlin, Ronnie's parents brought him home to a 3 room apartment over East Texas Lumber, the business founded in 1934 by his grandfather, R. E. Shiplap Spradlin, Sr. As 12 years of age, Mayor Spradlin worked there for his grandfather during summers and weekends. He eventually became assistant manager upon graduating from college in 1979 and then manager in 1983 and became sole owner of the company in 2001.

Ronnie is a lifetime resident of Kilgore attending Kilgore schools and Kilgore College and attained a Finance degree from the University of Texas at Tyler.

He is an active member of First Presbyterian Church of Kilgore where he has served in many capacities. His community involvement spans several decades and includes his role as co-founder of Kilgore Historical Preservation Foundation and of Kilgore Boys and Girls Club. He also was instrumental in the establishment of the Texas Shakespeare Festival, Hearts Anonymous, and many other community organizations. In 1990, he was named Kilgore's Citizen of the Year by the Kilgore Chamber of Commerce. He has served as Mayor since 2010.