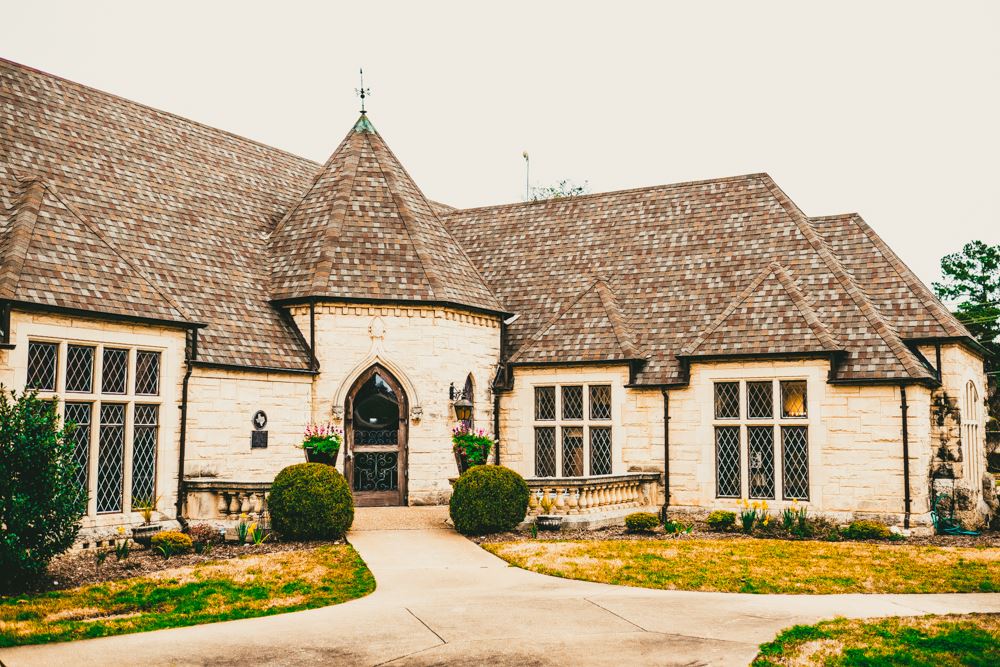 Kilgore Public Library stands as a beautiful memorial to the hundreds of early day citizens who established and supported its beginnings.

Six years before the French Provincial structure was completed, members of the Kilgore Business and Professional Women’s Club took up the establishment of a library as a project with only ninety dollars and no books. It was kept alive by donations and other means. The members sold tickets to dances and held other fundraising events to make money to purchase the books.  Mrs. Nannette Wickham’s father, Doctor J.B. Crane, let the club use one large room in the local hospital to house the fledgling library. Most of the ladies solicited the help of their boyfriends to build shelves and help them set up the first library. Local merchants donated the lumber, nails and other supplies needed for the purpose.

The young women worked during the day and kept the library open from 7 p.m. to 9 p.m. Monday through Friday, two girls working together each night. Men, women, and children from all walks of life came to enjoy the facilities offered by this energetic group.

Establishment of a Building Structure

Later, the library was moved to a room in the old Texas Theatre loaned to the club by Mr. Liggett Crim. Within four years, the City, under the leadership of Mayor Roy H. Laird, got behind the project, appropriating fifty dollars per month toward its support. Mayor Laird, Commissioners J. E Bagwell, and E C. Middlebrook along with library board members and friends, decided it was time to build a permanent building. It is the present building we are in today and was completed in 1939 at a cost of $45,000. Of the original cost, $20,000 was Public Works Administration monies.

A Dallas architect, George M. Marble, designed the building and chose the styling, which is found in Provence, a region in Southeast France famous in the Middle Ages for its poetry and chivalry. In an interview before his death, Mr. Marble recalled clearly that the library was one of his most prized accomplishments during a long and successful career. He said, “It was a Works Progress Administration job and I remember it was a fight to keep those government representatives from cutting out the fancy oak beams, the little inserts in the plaster, and other items: but I fought it through.” Thanks to Mr. Marble, we now have one of the most beautiful libraries in the country. 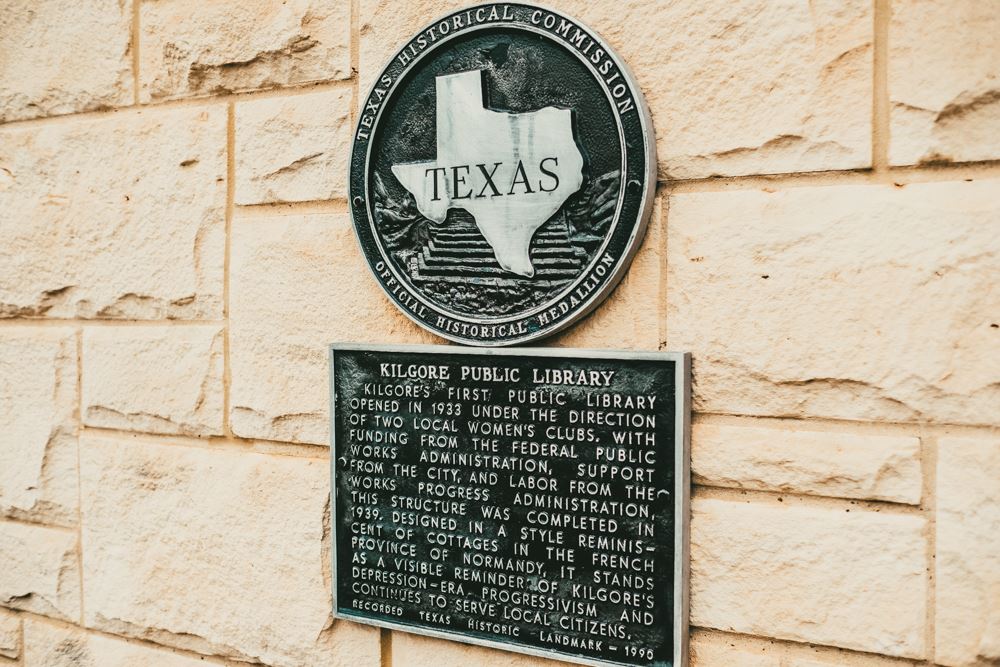 In 1978, a bond issue was passed by the citizens of Kilgore that enabled the addition of 4,500 square feet. Architect Leland Guinn and librarian Bobbie Schutz along with Kerr Engineering made every effort to ensure the addition would not detract from the original structure.

Designation as a Historical Site

In recognition of the cultural significance of this civic landmark, the Texas Historical Commission granted official designation of the Kilgore Public Library as a historical site in 1990.

From its early beginning in a single room in the local hospital to the beautiful, to the magnificent structure we admire today, Kilgore Public Library is indeed an integral part of the City of Kilgore’s rich history.